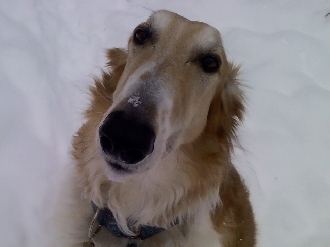 As a puppy, Yuri started his adventure away from Zanoza with Dana & Joel Pierson in southern Indiana.  Yuri grew to be a large, glorious, outgoing boy who wanted to protect his people.  Due to Dana & Joel's lifestyles, and his protectiveness, this was not opptimum for Yuri and they made the selfless decision to let Yuri come back to Zanoza.

Carol Backers, the founder of the National Borzoi Rescue Foundation, lives in the wild back of beyond of northern Michigan.  She was looking for a manly big borzoi who would keep her safe on hikes in the woods and when he husband was away from home......what a PERFECT match for both! 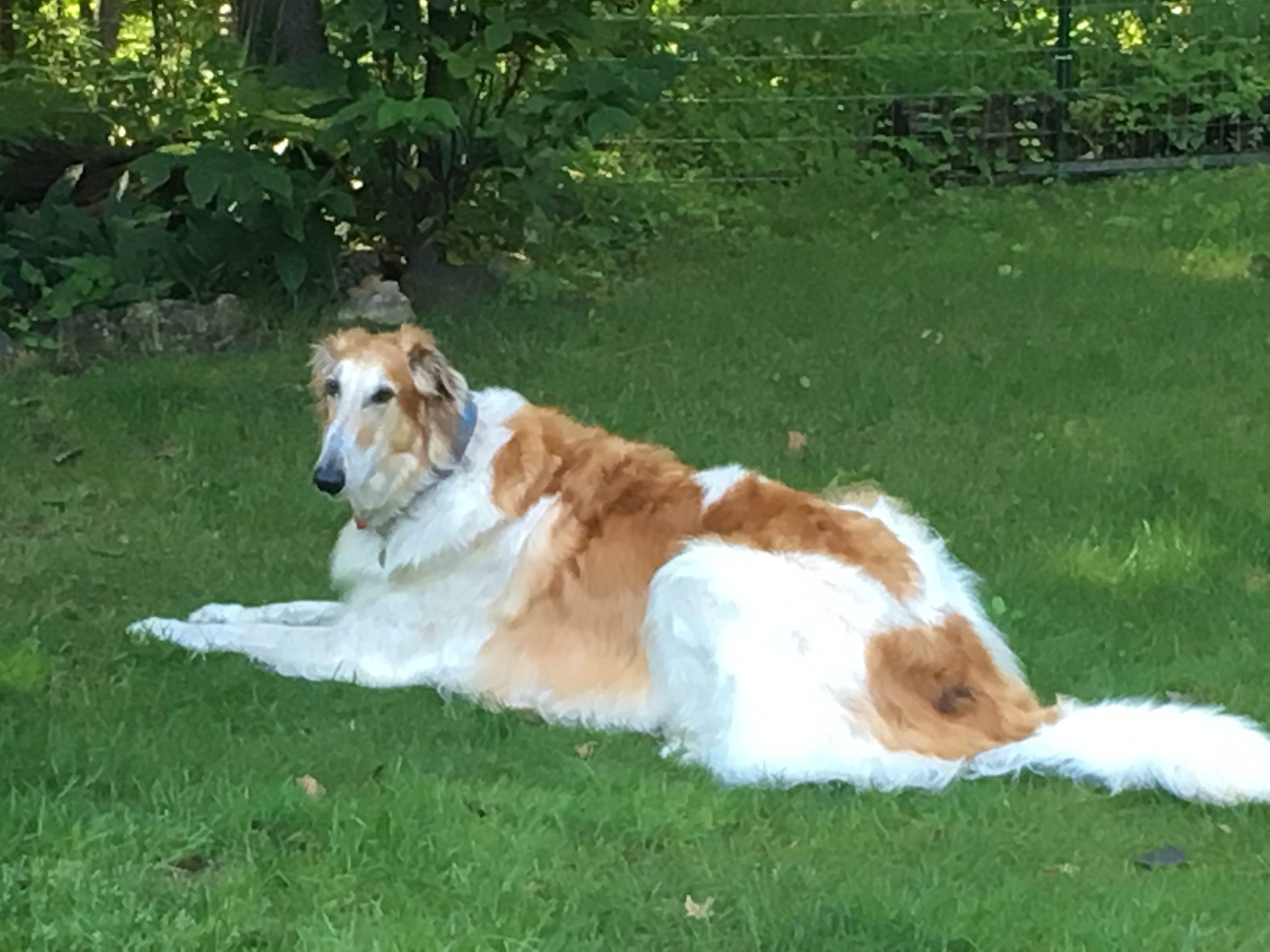 Yuri fit in with Carol's pack of borzoi girls and became the handsome King of the House and surrounding property. 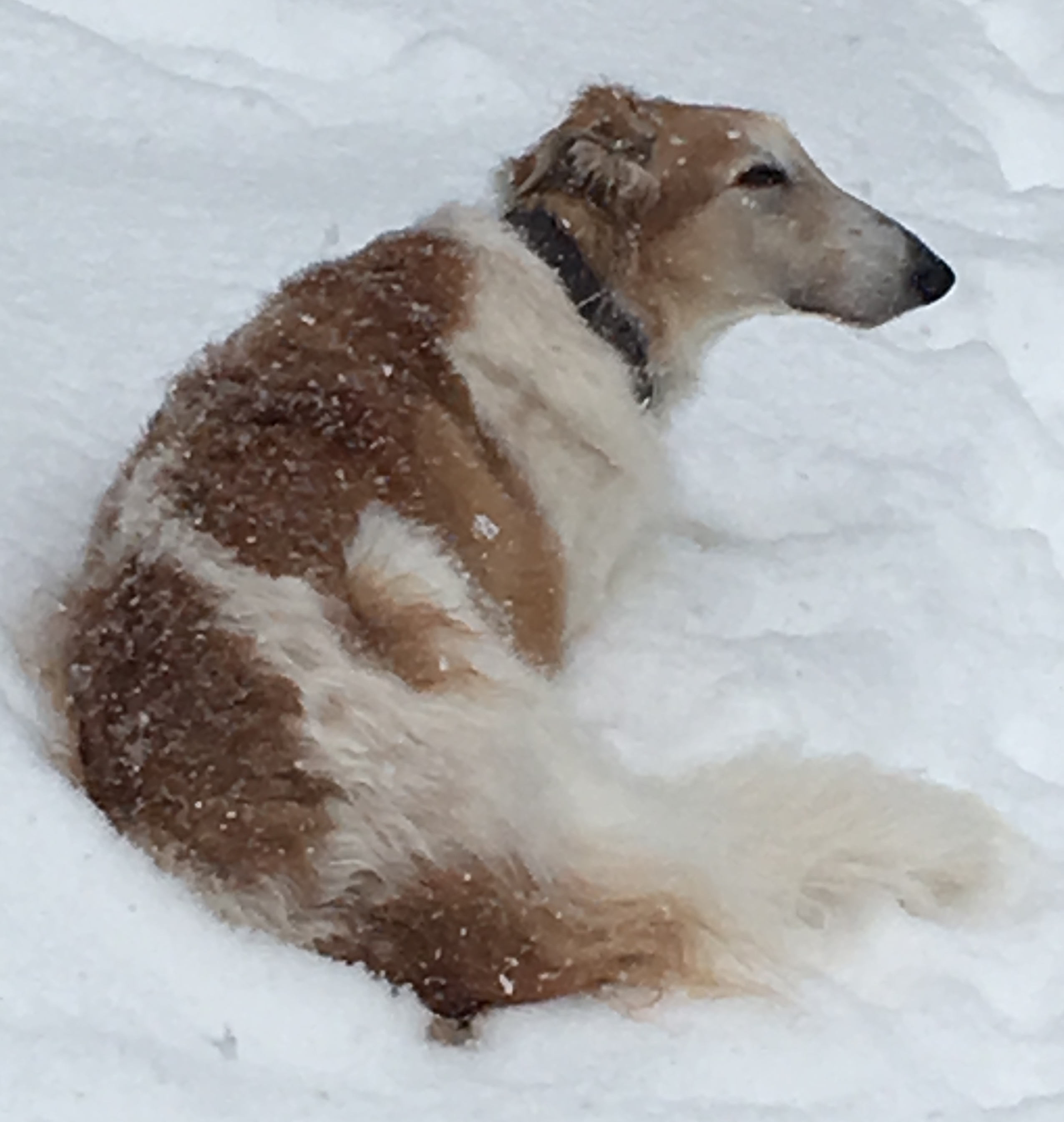 Yuri doesn't mind the cold winters with tons and tons of snow....... 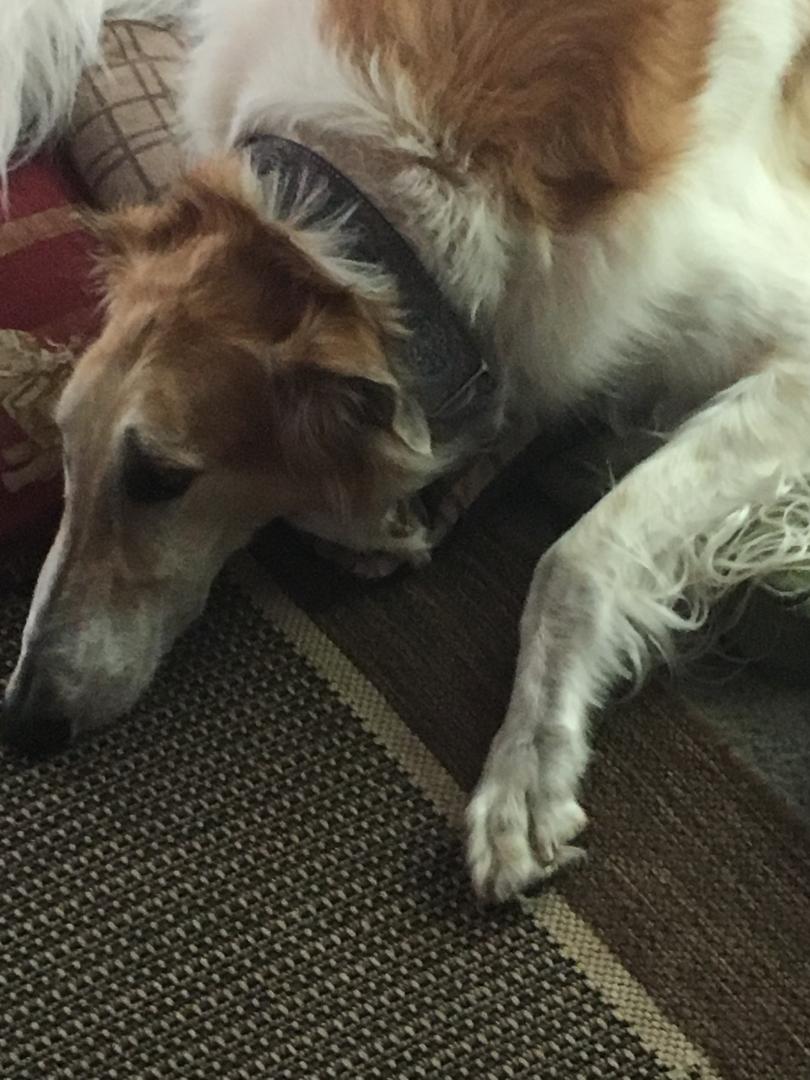 Of course he loves all of the dog beds scattered about the house for him!

Yuri continues to thrive with Carol, has chased off a bear that came into the fenced yard, and has taken out more than a handful of pestulential squirrels.

©
This site powered by inPedigree